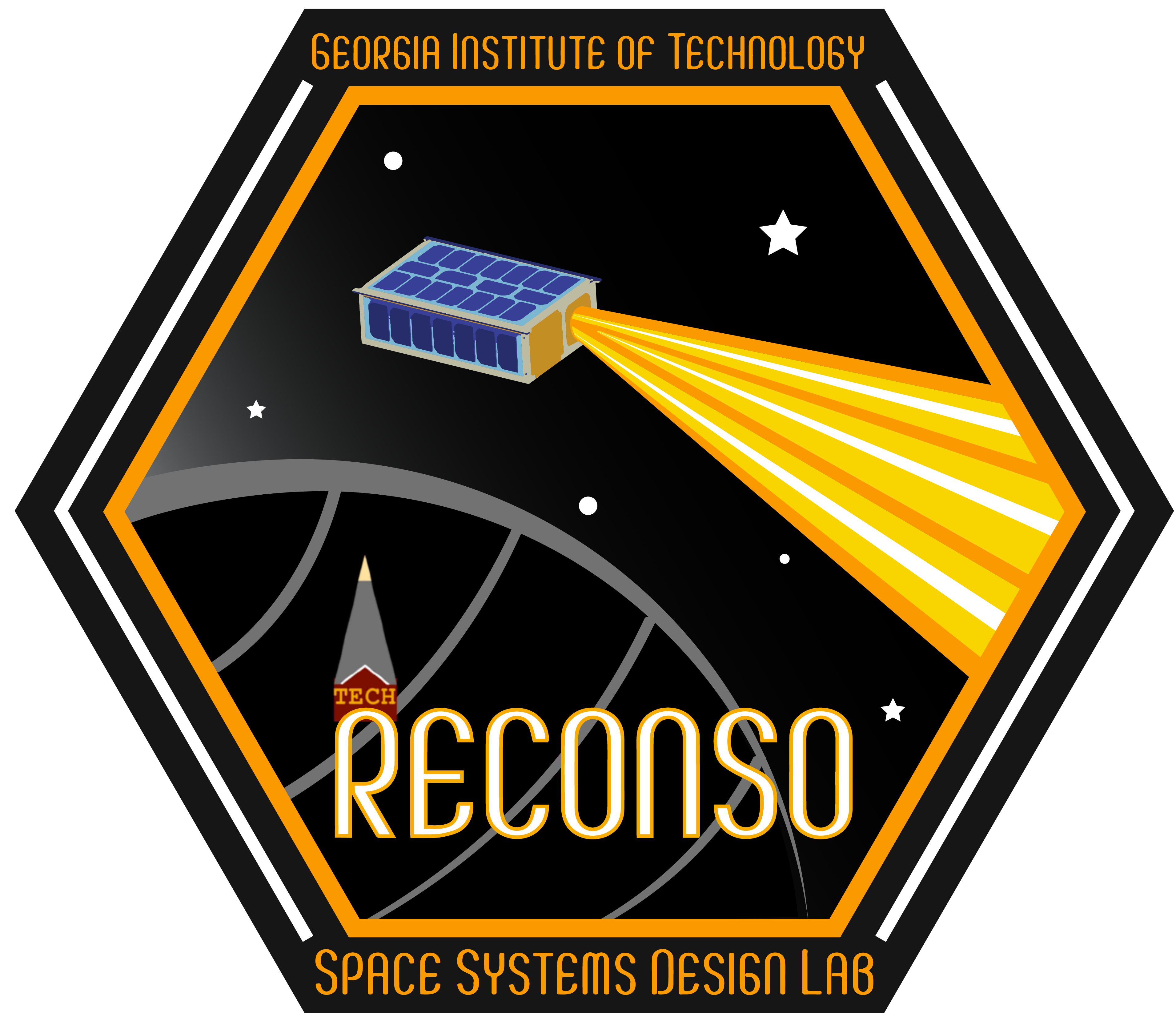 RECONnaissance of Space Objects (RECONSO) is a student-led cubesat participant in the current University Nanosatellite Program (UNP-8) competition supported by the Air Force Office of Scientific Research (AFOSR). The objective of the RECONSO mission is to detect and track resident space objects in the 1-10 cm regime from a 6U CubeSat platform in Low Earth Orbit. Observations of resident space objects will be made with a visible light lens and a CMOS imager. Tracks will consist of observations of the same space object in multiple frames such that the right ascension, declination, and photometric brightness of the object relative to RECONSO will be calculated and downlinked to the ground.

The debris environment in Low Earth Orbit is dangerous, difficult to characterize, and is getting worse as time goes on. The current detection capabilities of the Joint Space Operations Command, being composed of mostly ground-based radar arrays, fails to accurately characterize space objects in the 1-10 cm diameter regime. These objects, however, pose a serious threat to all operational space assets.

RECONSO will launch as a secondary payload in the early-2018 timeframe. 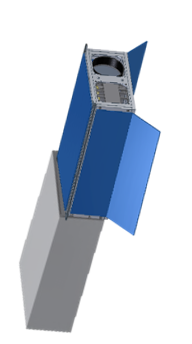 The 6U cubesat will be inserted into a circular sun-synchronous polar orbit via a CSD deployer. 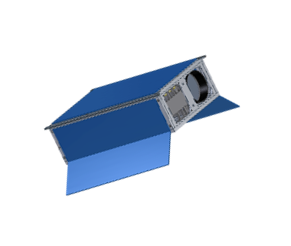 The spacecraft will carry out a period of systems checkouts and optics checkouts so that ground analysis can be carried out and any affects that launch may have had on the satellite can be detected and remedied. 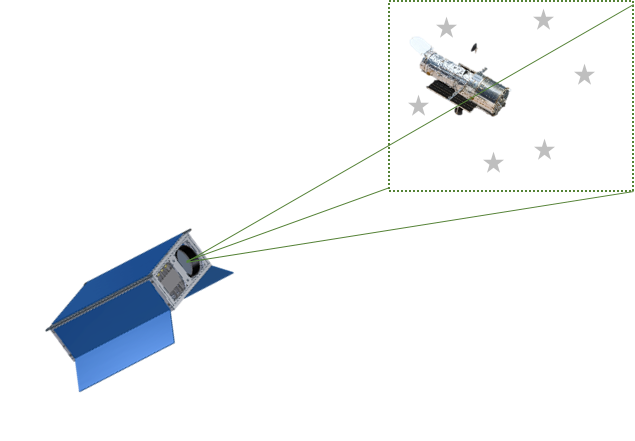 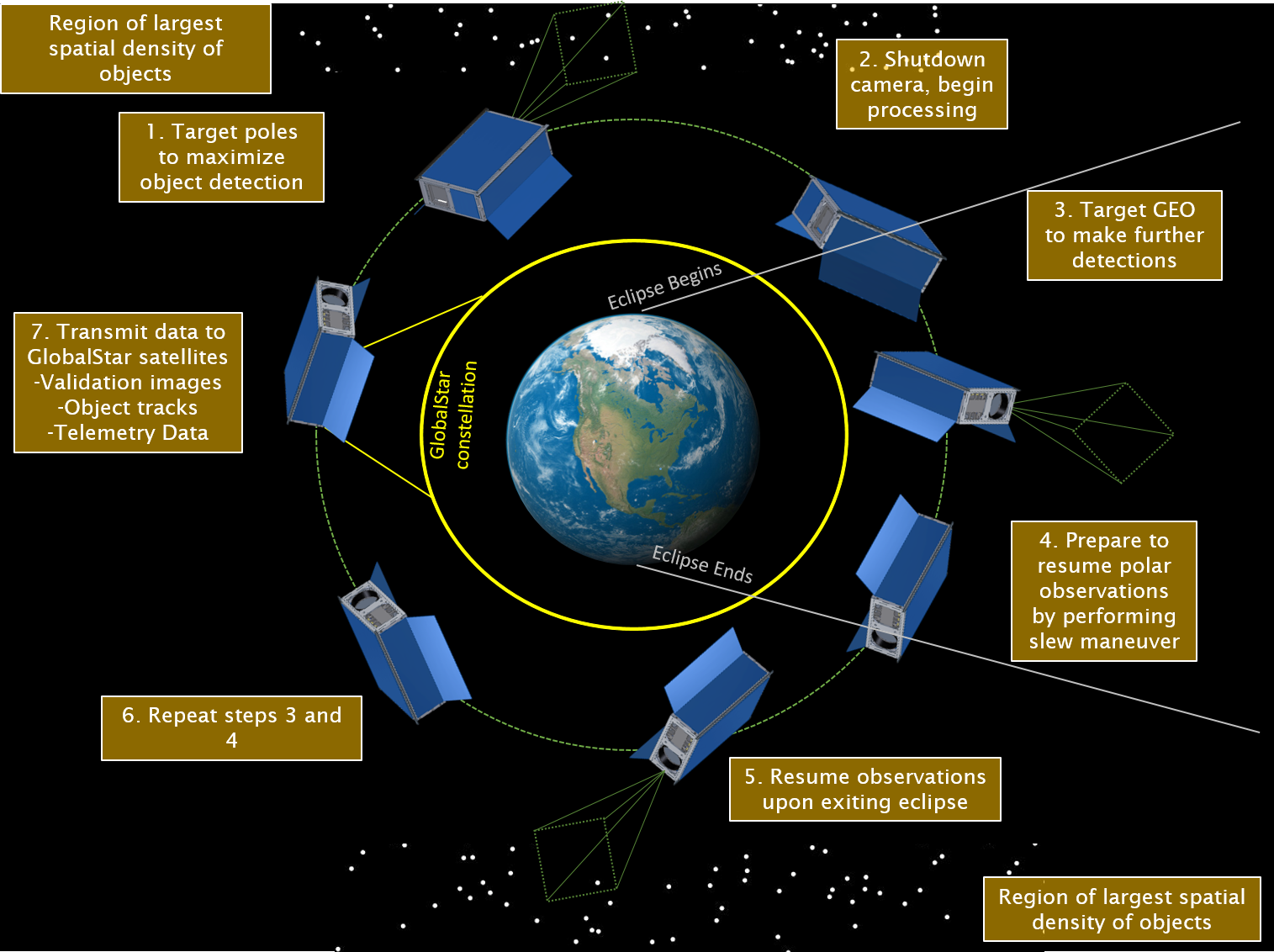 On a given orbit, RECONSO will target the polar regions of Earth orbit as those areas have the highest density of known space objects. As the spacecraft approaches the polar region, it will conduct a slew maneuver to point towards above the pole of the Earth, begin careful to keep the Earth itself outside of the camera's field of view. As it passes through this region, the spacecraft will continuously take pictures looking out against the star field, allowing space objects to reflect sunlight off of themselves and into the lens. Upon exiting the region of observations, the camera will shut down and the payload processor will commence image analysis, going through all images on board and generating tracks for each object detected.

All generated tracks will be downlinked immediately over the GlobalStar satellite communications network and images on-board the satellite will be deleted to make room for future observations. This process will be repeated four times on a given orbit: once at each of the poles and again each time the satellite crosses the equator and can make observations in the GEO belt. 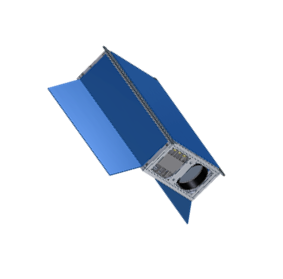 After carrying out this process for a nominal lifetime of 6 months, the satellite will be put into an end-of-life mode and the mission will end.